Why you should eat yogurt? 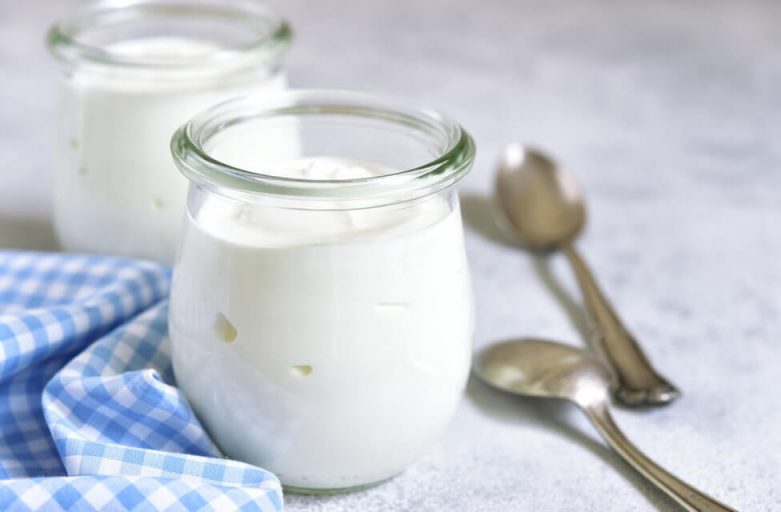 Many people wonder about dairy products: “But what should a yogurt look like in order to consume it without fear and with the certainty that yes, we are eating something that is really healthy”?

The history of yogurt

Undoubtedly, yogurt existed many years before people wrote about it. It is very likely that his discovery was made by chance. It is generally believed to have first appeared in the Middle East, somewhere in present-day Turkey, or perhaps in neighboring Persia. It is included in the diet of the Greeks since ancient times, because it was considered a food rich in nutrients. For this reason they also called it healthy.

These amazing properties were rediscovered in the early 1900s by Russian Nobel Laureate in Physiology or Medicine Dr Elias Metchinikoff. Bacteriologist Metsinkov discovered that milk fats become more digestible by neutralizing pathogenic microbes in the gastrointestinal tract and studied the association with premature aging in humans. The study concluded that human longevity is due to yogurt.In the market we find it in many types, but when we say yogurt we mean the traditional.

Yogurt is made from fresh milk, mainly cow’s milk (sheep’s milk used to be used), to which special cultures have been added that coagulate it, and it is fermented with the help of two bacteria, the milk bacillus (Bulgarian lactobacilli) and the streptococcus (streptococcus). That is, through the action of these bacteria and under certain conditions, the milk, which was previously pasteurized, is transformed into another product, which has a viscous texture and a characteristic sour taste.

The word alive means that apart from the pasteurization of the milk, no other pasteurization was followed in the final product, which keeps all its lactic enzymes alive and can be used to make yogurt at home (like yeast). Real yogurt must be labeled “live” or with “live lactic enzymes” or their scientific name. This delicious cheese product, famous for its nutrients, is one of the most easy-to-use ingredients in Greek cuisine. The popular dishes with yogurt, such as tzatziki and yogurt with honey and nuts, are followed by new proposals for the daily table, but also by professional restaurants.

Yogurt and its nutrients

Yogurt contains all the ingredients of milk and relatively few calories. Because it is concentrated it contains more protein and calcium. In more detail, yogurt contains:

Protein: It is a rich source of Protein of great biological value.

Minerals and Trace Elements: It is a rich source of Calcium and, Magnesium, Potassium, Phosphorus. Calcium is more (because the rest of the ingredients are contained in concentrated form). It also contains a large amount of zinc.

Vitamins: Contains vitamins such as Vitamin B12 and B2. It also contains a sufficient amount of vitamins A and D. B-complex vitamins increase under the influence of bacteria and thus, the relationship with milk, facilitates the intestinal absorption of calcium, phosphorus and magnesium.

Yogurt is necessary and miraculous. Rich in nutrients, yogurt should be on the daily table of all of us, as it helps maintain our good health. In addition to its great nutritional value, it is a food with therapeutic properties, suitable for all ages and all phases of our lives. The rich nutritional value of yogurt makes it the essential, irreplaceable, daily food that perfectly combines the fun with the useful.

Its value is invaluable because:

1. Stimulates intestinal motility and generally has a beneficial effect on the digestive system. Relieves gas, intestinal pain, constipation and irritable bowel syndrome. It regulates intestinal function and suppresses infections such as E. coli. Helps prevent travelers from being infected by foreign germs. Contains prostaglandins that protect stomach walls from irritants such as alcohol and tobacco, while reducing the incidence of stomach ulcers. The acidification and enzymes of yogurt facilitate digestion and improve the assimilation of ingredients. Facilitates digestion in people who have difficulty absorbing calcium.

3. It is a food that is easily digested. Milk takes 4 hours to digest while yogurt only 1 hour, yogurt does not have enough fermentation, resulting in it being digested by 93% from the intestine much easier than milk.

4. Kills various harmful microorganisms in the intestine. Numerous live and active bacteria (lactobacilli) have a positive effect on the microflora of the intestine and the production of intestinal antibodies. Equivalent to a natural antibiotic. The two microorganisms that catalyze the fermentation of lactose are Lactobacillusbulgaricus and Streprococcus thermophilis.

5. Fights diarrhea, which comes from infections of the gastrointestinal tract, because its bacilli, neutralize the germs that cause them.

In addition it produces substances and natural antibiotics, capable of destroying bacteria that cause diseases such as tuberculosis. It is well known that doctors advise consuming yogurt along with antibiotics. Antibiotics destroy the natural gut flora. Yogurt supplies the gut with microorganisms that maintain its balance and replenish the damage done to its flora.